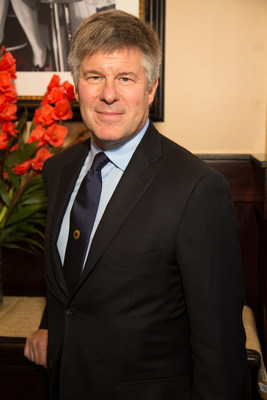 "In looking for the right leader for our culinary and marketing teams, we were fortunate to reach within talented senior leadership team," said , executive vice president and president of . "I've had the pleasure of working alongside Steve for the past eight years. His tenure as a BrinkerHead, coupled with his thorough understanding, experience and love of marketing, made it an easy decision for him to lead our marketing and innovation efforts."

Provost joined the family in 2009 as senior vice president of marketing for Maggiano's Little Italy® and later that year transitioned to serve as brand president. In the past eight years, Maggiano's drove 23 consecutive quarters of sales growth, opened new, more efficient restaurants, more than doubled profitability and increased financial returns to the highest level in the brand's history. In its 25th year, Maggiano's continues to be recognized for its differentiated dining experience with awards like America's top five favorite chain restaurant and America's favorite place for special occasions from Technomic and the number one most allergy-friendly large chain from AllergyEats.

As Provost transitions, the Maggiano's brand will be co-led by Vice Presidents, and , who have been promoted to chief operations officer and vice president and chief concept officer, respectively. Gray and Konecny have progressed through various leadership positions with the brand over the past 15 years, most recently leading the development and successful launch of the biggest menu change in the brand's 25-year history.

is one of the world's leading casual dining restaurant companies. Founded in 1975 and based in , as of the fiscal second quarter ended , owned, operated or franchised 1,658 restaurants under the names Chili's® Grill & Bar (1,606 restaurants) and Maggiano's Little Italy® (52 restaurants).

To view the original version on PR Newswire, visit:http://www.prnewswire.com/news-releases/brinker-international-names-steve-provost-chief-marketing-and-innovation-officer-of-chilis-300428108.html