, /PRNewswire/ --  (NYSE: EAT) today announced that has been named senior vice president and chief digital officer of the company, effective immediately. Allen will transition from , former chief information officer, who will retire after more than 23 years with the company. 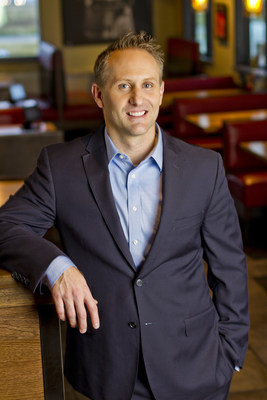 This change marks a conscious effort to leverage synergies with the ever-changing technologies and consumer behaviors and evolve information technology organization into a digital-first team. In his role as chief digital officer, Allen will lead the creation of a seamless, efficient end-to-end digital experience from Team Member to Guest.

"We are fortunate to reach within talented senior leadership team time and time again," said , chief executive officer and president, . "Wade's deep knowledge of our strategic initiatives coupled with his industry expertise made it an easy decision for him to lead the evolution of our digital efforts."

Allen joined the family in 2014 as Vice President of Digital Guest Experience leading to be recognized as the technology leader in the casual dining restaurant industry today. Prior to , Allen served as president of CouponFactory, a wholly-owned subsidiary of Rockfish Interactive, where he was responsible for the company's overall strategy and retail digital shopper marketing initiatives as well as new business growth and product ideation.

is one of the world's leading casual dining restaurant companies. Founded in 1975 and based in , as of the fiscal first quarter ended , owned, operated or franchised 1,682 restaurants under the names Chili's® Grill & Bar (1,630 restaurants) and Maggiano's Little Italy® (52 restaurants).